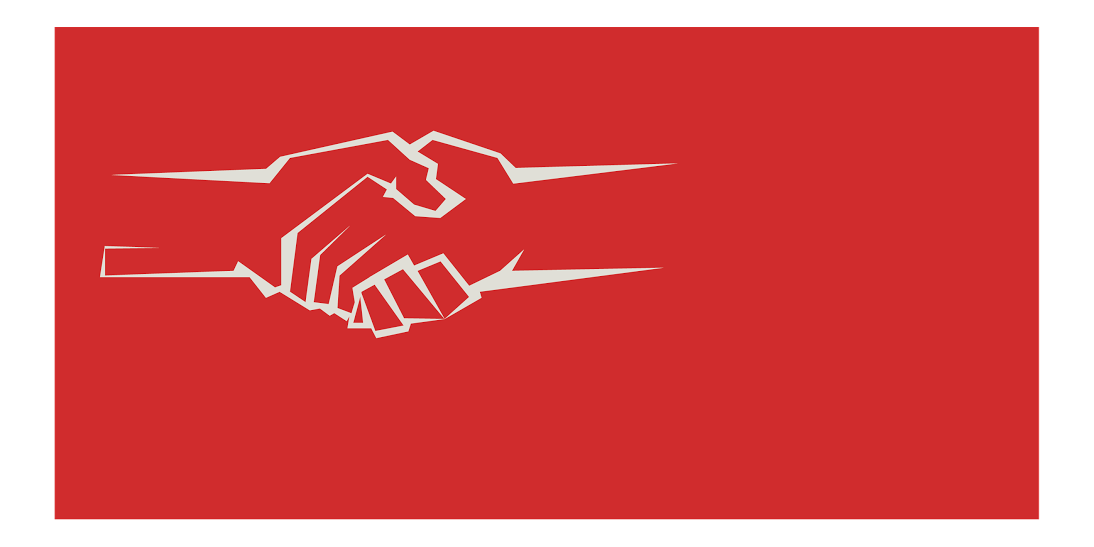 The people of Macedonia lifted their stature

Α slap on the face of NATO and the EU

The peoples have the power to overthrow imperialist plans!

The Zaev government in the neighboring country, the American and European imperialist manipulators of the referendum, had taken all the necessary steps to pass the process painlessly. They created a precedent with the co-signing of the Prespa Agreement by the two governments. They posed a blackmailing question. They quickly moved all their political puppets. They tried to present the referendum as solely advisory, and now they say that YES is the popular mandate! They lowered the bar even more, talking about success with about 40% participation. In a nutshell, they are directing another political coup.

Nevertheless, they failed! The participation was disappointing, marginally exceeding 35%. The absolute superiority of YES on the voters (over 91%) can’t hide the reality. There has also been a polarization similar to that in critical referendums in other countries (Greece – July 2015, Brexit). Voters for the YES was a part of the population with characteristics similar to what we met in Greece as “Stay in Europe”. On the contrary, the vast majority of the people of Macedonia turned their backs on the behind-the-scenes negotiations, diplomatic games, the pro-imperialist parties, the overtly involvement of the EU and the US.

Especially considering the exact form of the question posed at the referendum, the result is a rejection of NATO and EU membership – of this poisonous “gift of the Danaan/Greeks”, which the imperialists and the local elites offered to the neighboring people. It is an unacceptable insult to say that it was not conscious of what they were voting on. With all the weaknesses and shortcomings in the social and political organizations of the labor movement in their country, in the absence of a clear program, slogans, etc. (those elements are valid in Greece and elsewhere, too), the Macedonian masses have made this result tangible and real. Whatever attempts are made to circumvent or revert it, or even if it is also due to a complex combination of many other factors (e.g. the influence and mobilization of other imperialist or peripheral powers such as Russia and Turkey or the refusal of the neighboring people to give away the name that they feel it belongs to them, or the respect on national identity and their dignity), the fact remains. The promised “paradise” of Western alliances (NATO, EU) has not been able to persuade the people of Macedonia to get their support – on the contrary, suspicion and disbelief against the imperialists seem quite clear. They were not tempted by the prospect of turning their country into a stronghold of the US / NATO / EU anti-Russian aggression, a first step to an extremely dangerous upcoming wave of border changing in the Balkans by the imperialists. The result is a first expression of an anti-imperialist feeling – and perhaps a restoration of part of the collective memory of the suffering that people of the region suffered by the imperialists. Elements that can be a valuable asset.

The only part of the population that came to the polls with slightly more “satisfactory” rates is the Albanian minority. The Western imperialists hoped once more that they can use them in favor of their plans in the wider region. Even so, their participation is a failure (it did not exceed 50%), considering also that the Albanian parties have made a big campaign in favor of the YES, while Albanian Prime Minister Rama himself said that any Albanian of the country does participate in the vote, is a traitor! It seems that this time these Albanian nationalists (who want to be perfectly aligned with the western and especially the American imperialists) have stumbled upon the mood of the population they want to lead and manipulate.

The result of this referendum, irrespective of the current developments, is a defeat for the US, NATO and EU. An obstacle to their plans to transform the Balkans into a vast military base. There is an even greater value in the result if two other factors are taken into account.

First, the question of the referendum explicitly implied that without unconditional acceptance of the Prespa Agreement, the European and Euro-Atlantic course of the country is totally blocked. It is quite clear that the “dream” of a European unification has been worn out very much in the eyes of the people as a result of the deeply anti-democratic, anti-labor and anti-popular policies that the EU is implementing everywhere (naming them memorondums or not). Even in a poor country, presented as Europe’s “parry”, such as Macedonia, where the obsessive European officials and the local elites imagined them as semi-savage Balkan natives, invertebrates, who would be willing to accept everything. The result, from this point of view, is non manageable by the European elites, it is added to a long series of electoral defeats (the referendum in Greece, Brexit, Cataluna etc.), which signifies an open EU political legitimacy crisis and its even deeper dive into overall crisis and decomposition.

Second, there was no lack of extortion by the imperialists. European and US officials paraded the days before the referendum. The main opposition party, the nationalist VMRO, did not take a stand in favor of abstaining, but called on citizens to act by consciousness (a result of apparently being extorted by the US). The masses were mainly spontaneous on the road of abstinence, without firm leadership, or large and powerful organizations (the only ones who were openly campaigned for abstaining were the small forces of the left). This is a small indication of the potential of the labor movement if it is reoragnized.

Within the result coincide (as is normal) different or contradictory elements. A refusal to integrate Macedonia into Euro-Atlantic integration – ranging from a simple indifference to this to a “Euroscepticism” or up to an open opposition (even from a class perspective). A reaction to national humiliation, which is underlined by both by humiliating terms of the Agreement (name change etc.), and by the increasingly open involvement of the imperialists in the country. A distancing of the masses from bourgeois politics, which, as is the case throughout Europe, looks in their eyes as something foreign and repulsive.

The result brings some very important changes. First, it creates a deep political crisis in neighboring Macedonia. The “European course” of the country and membership in NATO are literally the entire policy of the Zaef government. Second, it creates an obstacle for the US to advance their plans in the region. Third, it also creates a difficult situation for the Greek government, which sees one of the most basic “deliberations” that it wanted to make for “Uncle Sam” stumbling over an unexpected obstacle. Fourth, it increases instability in the region (leaving space for Russia to become more involved), weakens the control and stability that Western imperialists want to impose, which in turn increases the risk of episodes and sparks of all kinds.

These do not mean that US-NATO-EU plans are being blocked. Even if it is a coup d’ état, they will try to move forward, pretending there is no problem, congratulating the Zaev government for its success etc. It is well known that “democratic processes” are only but an option for the imperialists to serve their interests. Already the statements of Europeans, Americans, and Zaev himself speak of victory, a popular mandate for YES etc.

The first violins in this campaign are the (impossible to characterize by words) pro-imperialist adventurous Syrizans, Tsipras, Kotzias and others, who say “we continue” and “the agreement is not affected”. However, the result is also increasing political instability / crisis in Greece. Either by dissolving the political scene, or by hitting any credibility that SYRIZA attempts to save, or by putting ND in the midst of anxiety if it will need to support more openly the US-led Agreement. Workers and young people in Greece have to grow up this crisis by strengthening all our struggles – and in their first line the anti-war, anti-NATO, anti-imperialist ones.

Finally, the outcome justifies those forces in Greece that have supported a class and internationalist rejection of the Agreement, OKDE being among them. In contradiction, it is a slap of a so-called “patriotic” left-wing forces. For KKE and its “anti-imperialist” fanfare, they see –for the umpteenth time– only “intra-imperialist contradictions” and “action of nationalist circles” (but nowhere a hint of popular pride and dignity), In conjunction with the bourgeois “national line”, KKE denies Macedonian people right of self-determination and wants to force upon them a “complex name with a geographical definition”. For all those reformists (LAE and others) who saw everywhere mainly the “Skopje irredentist”, before they also became speechless with the denial of the neighboring people – and who also did not recognize their right to self-determination. But also for the so-called “anti-nationalists”” (by SYRIZA or those who have left it), who had strongly advocated the Agreement (as in other such plans: Annan on Cyprus and others), because it was invested with an “anti-nationalist” mantle, while in reality the toughest, risky nationalism (historically, politically, practically) is that of the imperialists.

The attempts of the imperialists to enforce the Agreement are assumed to intensify. Either with a parliamentary coup in Macedonia, with extortion, bribery, apostasy, or even an even more dangerous involvement (let’s not forget that the Zaev government itself is the product of a “color revolution”).

For the people and workers of the region, the difficulties are ahead. The opponent is big and powerful, but it has suffered serious cracks, it’s not unbeatable. What we need is turn the first step, made in the referendum, into an active and militant anti-war, anti-imperialist movement in the region. Forging relationships of friendship and solidarity with the neighboring people and everyone else, developing workers internationalism, turning first and foremost against our own “patriotic” governments. To transform the Balkan region from the base of the imperialist hawks into a cradle of labor and social struggles.

Class-Internationalist NO to the US-led Agreement

NATO and its bases out from the Balkans. Greece, out of NATO and the EU

Common struggle of the people in the Balkans and Europe. Against poverty, racism, repression, war. Going forward for a Workers’ Europe, democratic, radical, socialist